The Spix’s macaw, along with the cryptic tree hunter, the Pernambuco pygmy-owl, the poo-uli, is the eighth bird species to go extinct or labeled highly endangered during this century.

BirdLife International’s chief scientist, Stuart Butchart, explained climate change and deforestation in South America have a lot to do with the growing rate of extinction. 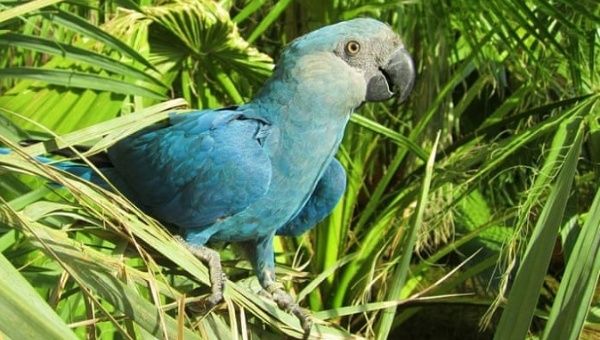 “Historically 90% of bird extinctions have been small populations on remote islands. Our evidence shows there is a growing wave of extinctions washing over the continent driven by habitat loss from unsustainable agriculture, drainage, and logging,” said Butchart, noting that four of the eight extinctions transpired in Brazil- five in South America altogether.

“People think of extinctions and think of the dodo but our analysis shows that extinctions are continuing and accelerating today,” the scientist said.

A recent “Red List” assessment reports over 26,000 of animal and plant species have been classified as threatened, causing researchers to fear a sixth mass extinction.

“We’ve got limited conservation resources so we need to spend these wisely and effectively. If some of these species have gone we need to redirect these resources to those that remain,” Butchart said.

“Obviously it’s too late to help some of these iconic species but because we know birds better than any other taxonomic class we know which other species are most at risk. We hope this study will inspire a redoubling of efforts to prevent other extinctions,” the scientists said.