The more kids exercise, the better they learn

The more kids exercise, the better they learn.

Ask any teacher and they will tell you that kids are more focused after recess. Bodies that move are bodies more equipped to learn. Yet 73 per cent of the average school day is spent sitting, despite an overwhelming amount of data demonstrating that active kids have active minds.

Most schools point to recess and physical-education classes as opportunities for kids to be active at school, a model that hasn’t changed much since our parents, grandparents and great-grandparents sat behind a desk. But with today’s kids spending just as much time sitting at home as they do at school, health experts are exploring new ways to incorporate exercise directly into the classroom.

Yet despite plenty of science demonstrating that physical activity has a positive effect on learning, the alliance between educators in the classroom and educators in the gym is tenuous. Classroom-based teachers and school boards haven’t been the best advocates for incorporating exercise into the school day with physical-education classes often downsized when schools try to raise test scores. In fact, it’s rare to see schools embrace the value of physical education the same way they do math, science and language arts. 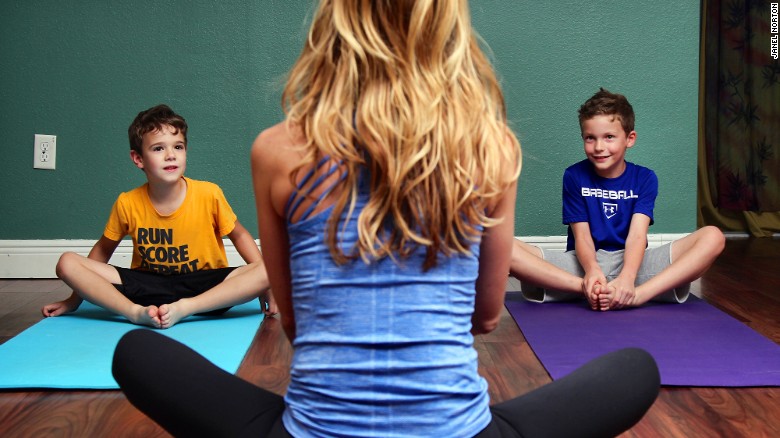 The key to selling the benefits of exercise within the school system is proving its worth beyond that of its well-advertised health benefits. Getting kids moving more in school requires demonstrating its value in the classroom.

As such, more and more research is looking at the acute effects of exercise on learning. Based on observational data that kids are more attentive after playing outdoors or when returning from gym class, researchers started incorporating short bouts of activity into the classroom to see if the positive learning effect could be replicated. The results have been overwhelmingly positive.

A significant improvement in math and language skills was reported in a 2016 study of elementary-age schoolchildren who added short bouts of exercise to their in-classroom curriculum. And several similar studies noted an increase in time on task as high as 85 per cent after a dose of physical activity. Children fresh from exercise also proved less likely to engage in activities that disrupt the learning environment like fidgeting or chatting with friends. Bottom line, children have demonstrated an improved ability to focus on their schoolwork in the minutes directly after exercising. With results like these pointing toward the benefit of physical activity in the classroom, more schools are becoming amenable to using exercise to boost learning.

The format is simple. Teachers incorporate short breaks (5-15 minutes) of physical activity into their lesson plan. Some teachers design their own active breaks while others rely on videos that lead kids through bouts of “active learning.” Content varies by age group and subject, examples of which include a dance/rap routine that combines learning with dance moves and a series of pop-up questions (created by teacher) that students answer while being led through a choreographed exercise routine (jumping jacks, running on the spot etc.) to music. The videos give teachers who don’t have the knowledge or the time to devise engaging exercise breaks an easy-to-implement option that needs little more than a screen to project the online content.

Yet despite the available resources and wealth of data supporting the use of active learning breaks in the classroom, questions have been raised as to whether curriculum-based activity breaks are the best strategy or whether movement alone is more effective at improving academic success.

A recently published study enlisted 460 elementary schoolchildren from four schools, two of which were exposed to academic-based movement breaks while the other two schools limited their breaks to movement only. The results showed that getting kids up and moving resulted in greater academic improvement than movement breaks with an academic focus.

“Despite teachers taking the time out of their day to incorporate movement breaks, the loss of instruction did not result in detrimental effects for children’s academic outcomes,” said the researchers, who indicated it may be better for children to just move versus trying to incorporate both learning and movement together.

With the science behind active learning still evolving, it’s clear there are plenty of questions still to be answered. Is aerobic exercise better than stretching (yoga)? Is 5, 10 or 15 minutes the optimum length? How often should movement breaks be offered and are there certain times of the day when they are more effective?

Despite the gaps in knowledge, it’s clear that schools everywhere can safely put to rest the idea that more time in the classroom and less time in the gym leads to smarter students. Sedentary kids don’t learn as well as kids who move. And who better to rally for active learning than educators. Teaching the value of an active lifestyle is a life lesson with impact far beyond the classroom and shouldn’t be left to only physical-education teachers. All educators need to get on-board with the idea that regular exercise, even in the classroom, builds healthy minds and bodies.